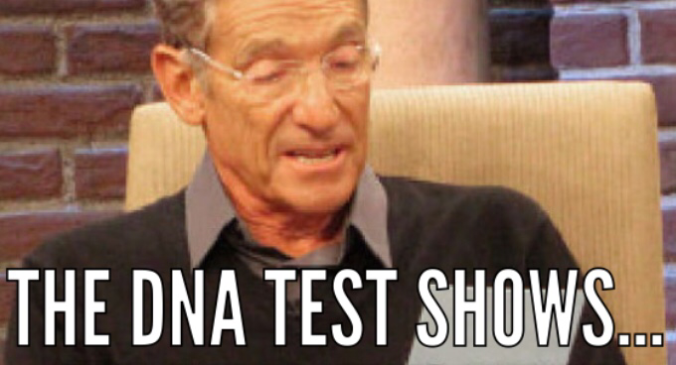 So you say you’ve got some Indian in your family? You’re not alone. The Native American great great great grandmother/grandfather is a huge part of Black American oral tradition. But not so fast, says a Professor of African American Studies at Harvard University. In what amounts to the most explosive DNA revelation since paternity testing on the Maury show, Professor Skip Gates explains the historical reasons why, according to his article on The Root, most African Americans, many of whom strongly self identify as Native American, are less than 2% Native American.
Gates discusses his own experience with this genetic revelation after appearing on an episode of African American Lives.

I wish you could have seen my inbox the morning after the episode of African American Lives aired in 2008, in which we revealed my genetic admixture. To my own surprise, I have to confess, the results showed that I had a surprisingly high amount of European ancestry (50.5 percent) but only 0.8 percent Native American ancestry. (I am 48.2 percent sub-Saharan African.) No one seemed to mind all that white ancestry, but the low level of Native American ancestry caused something of a family crisis. I thought my computer was going to explode. I didn’t realize I had so many cousins who were so deeply committed to being “part Indian.” And the venom those emails contained! These were some very angry cousins.
“Skippy, how could you embarrass our family like that, in front of the nation?” ran one line of attack, while another questioned the accuracy of the tests. “That test is one big fat lie.” After all, Big Mom herself had told us all about her Indian ancestry, and how could “science” be more authoritative than Big Mom, your own grandmother. Boy.

Despite the backlash, the genetic evidence was undeniable.

The average African American is 73 percent sub-Saharan, 24 percent European and only 0.7 percent Native American. So, most of us have quite a lot of European ancestry and very, very little Native American ancestry. And if this Native American DNA came from exactly one ancestor, it surfaced in our family trees quite a long time ago—on average, perhaps as many as 10 generations, or 300 years, ago, which means about 1714.

According to historians, this is because after around 1715, interactions between black slaves and Native Americans became increasingly limited as fewer Indians were being held as slaves, and Native tribes were being pushed further and further away from the the colonies, giving them fewer opportunities to procreate with blacks.