Chris Copeland of the Indiana Pacers, was stabbed early this morning outside New York’s popular 1Oak nightclub along with two females. Two Atlanta Hawks players have been arrested in

relation to the incident. 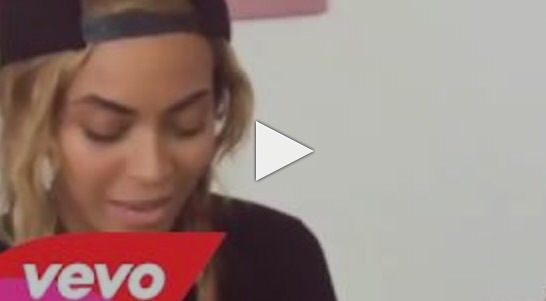 True to promises, new music streaming service Tidal is proving users with exclusive content, including this new track by Beyoncé entitled, “Die With You.” Will this be enough to entice users away from the likes of Pandora and Spotify, both of which offer free listening options? Time will tell.

Update: Since this post, the video has been removed from YouTube. They must REALLY want you to join Tidal.

Things are getting ugly between Dame Dash and his ex wife, fashion designer Rachel Roy. Just days after Rachel got a restraining order against Dash and alleged that he was an unfit father, Dame clapped back with allegations of his own– that Rachel had pulled a knife on him and stolen two diamond chains, each worth $10,000. No word on whether or not Rachel made Dame call her daddy.

No matter how much you love Rihanna, you can’t help but feel sorry for Karrueche Tran. Through cheating, public slander, and outside babies, she just can’t seem to tear herself away from the man who is both responsible for her fame, and responsible for her heartache. In an emotional interview, Chris Brown’s on again/off again girlfriend opens up to Ayanla Vanzant about her pain.

In the wake of the Zendaya debacle, Fashion Police co-host Kelly Osbourne was criticized for failing to stand up for her “friend” Zendaya, and for laughing about Giuliana Rancic’s infamous weed and patchouli joke on camera. Kelly Osbourne’s tweets in response to the outrage were fiercly defensive, rejected any responsibility for the incident, and even included a threat to leave the show, and a statement that she would expose further details if responsible parties did not come forward in the next 24 hours. Now, Osbourne is making good on her threat to leave the show, though reports say that this departure had been brewing for a long time prior to the Oscar show.

This morning on The Breakfast Club, Kanye took major shots at Amber Rose, defended the Kardashian Klan, and kongratulated Tyga on “getting in early” with 17 year old Kylie Jenner.

In a world where Exodus features a majority white cast, and Aaliyah’s legacy is dishonored on Lifetime, why shouldn’t Jay Z be played by a white man? Check out the hilarious skit from last night’s SNL. 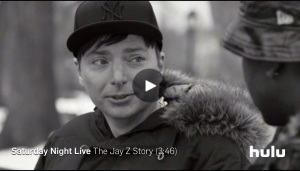 Bobbi Kristina, daughter of Whitney Houston and Bobby Brown, was found unresponsive in her tub this morning by her husband and friend. Life saving measures were attempted, and she was taken to a nearby hospital. Details currently unfolding.