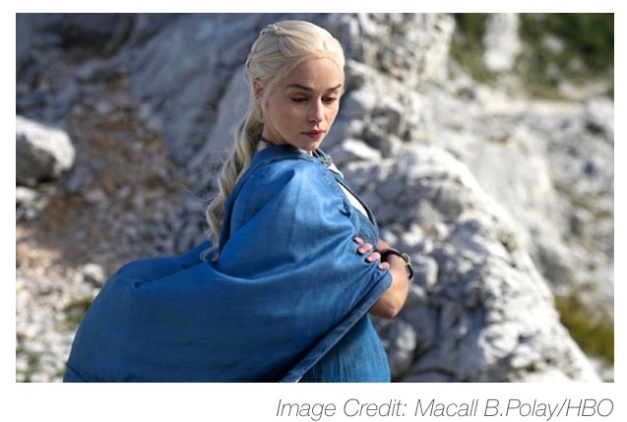 As the hit HBO series “Game of Thrones” becomes more and more popular, some fans are no longer content to interact with the characters solely as spectators on Sunday nights– they want a Khaleesi of their own. According to data from the Social Security Administration, 146 girl-children were named Khaleesi in 2012, after the airing of season 1. Takeaways? Parents are embracing a strong, formidable female for their children to look to as a namesake. Or, perhaps they are hoping that their daughters grow up to be hot blondes that can birth dragons.